This major update was announced in the spring and much like the past, it is released at the same time new iPhone 13 models hit the market.

First, let’s make sure you have the latest software.

Make sure your battery is at least 50% charged or plugged in.

Here’s a quick look at the ten highlighted features that can be most useful.

Immersive Walking directions now have an augmented reality overlay feature that lets you scan buildings to get more specific walking directions. Rumors are swirling of an upcoming update that will add weather warnings along your journey to avoid extreme weather like a flash flood. 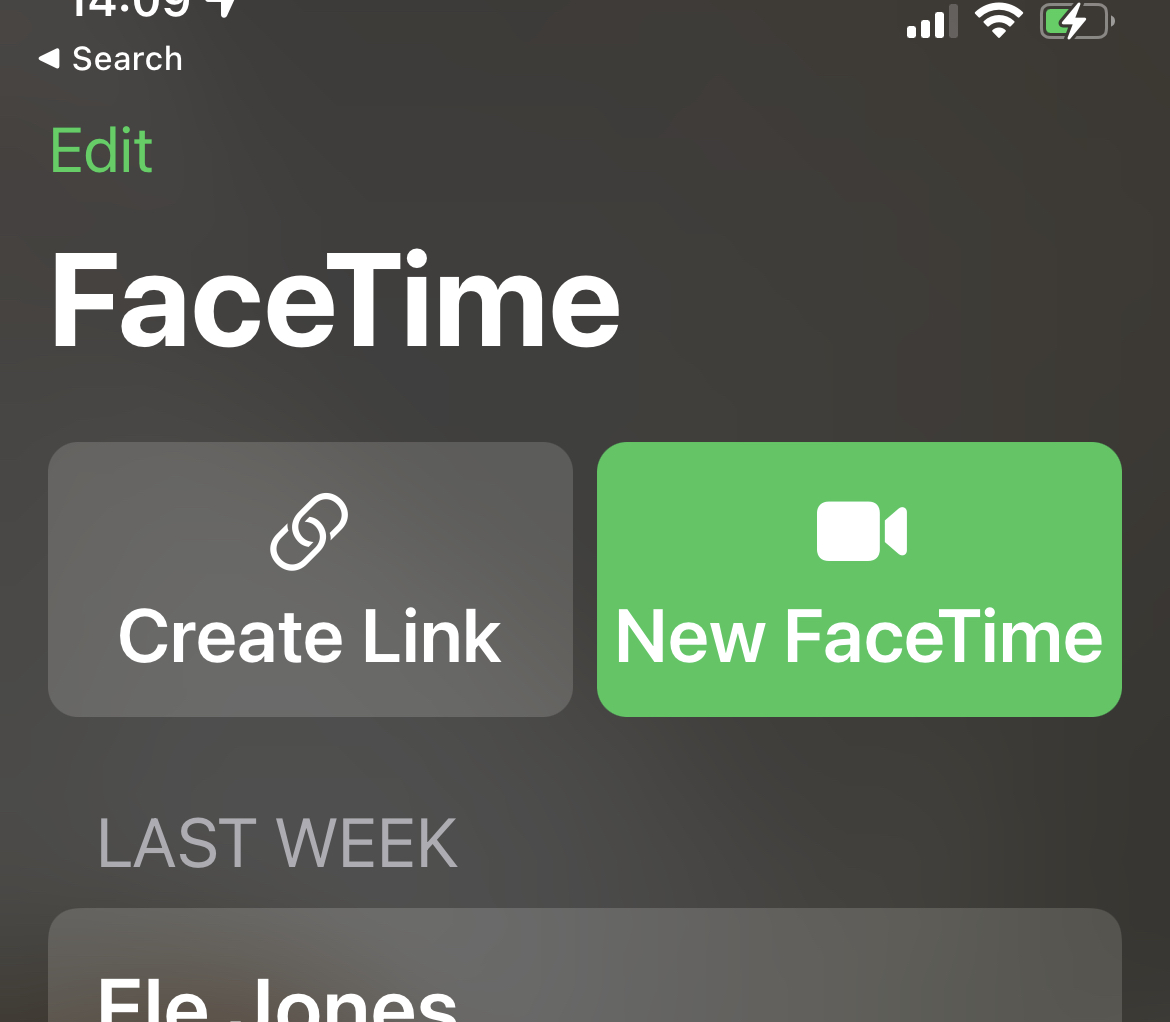 FaceTime gets an upgrade of Zoom-like features and now works on Android.

The addition of what Apple calls ‘Spatial audio’ makes voices and sounds come from the location of the action on your screen.  It’s pretty wild to experience on the iPad and works on all iPhones with iOS 15 devices.

And like Zoom, FaceTime now can make calls to Android devices for the first time. Just share a link to a call via text or email with a friend. 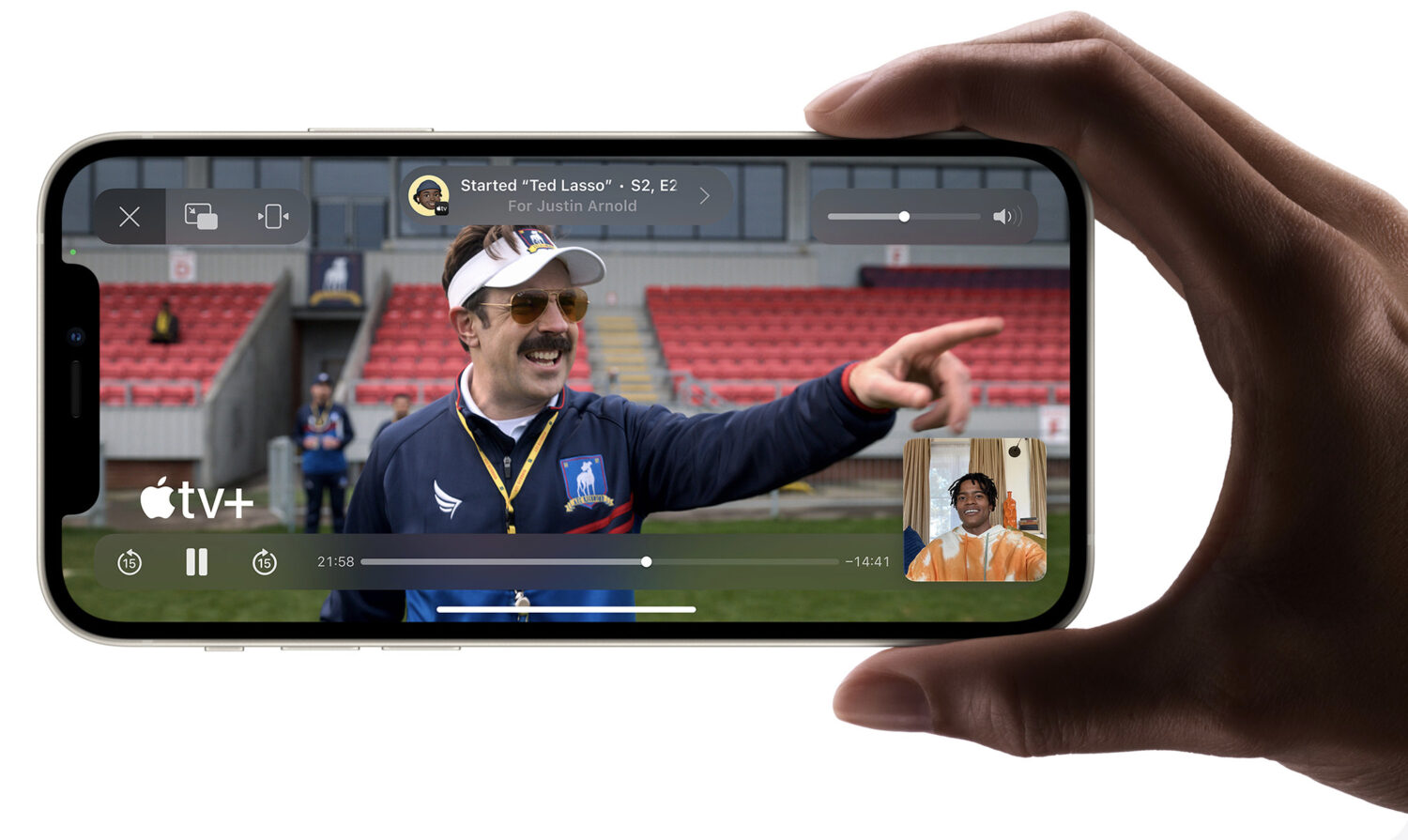 Let’s watch TV or listen together when apart.

You can now soon watch TV shows, share the same music together and even share your entire screen with others while on FaceTime with SharePlay. A little FaceTime window takes a backseat to the content you are watching together. 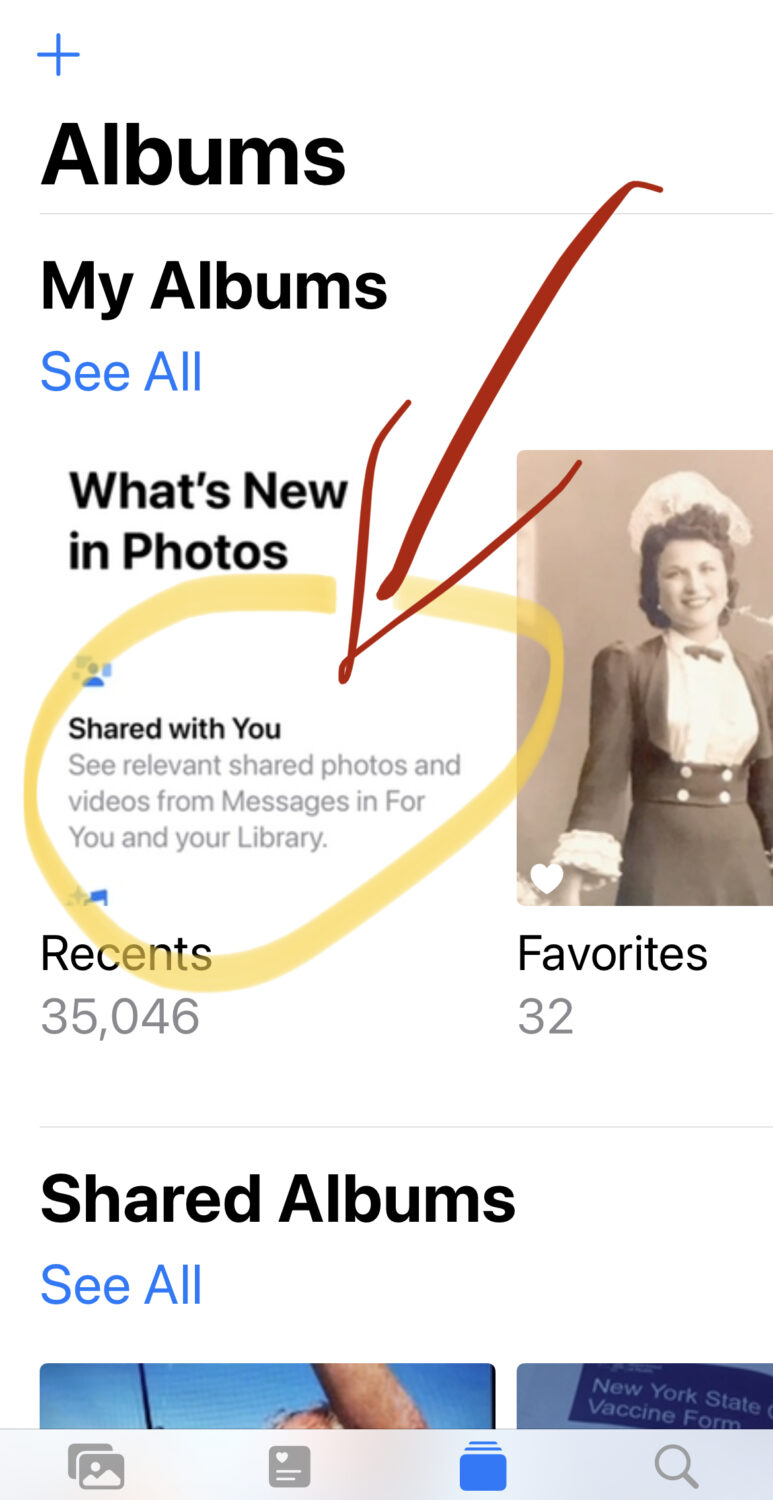 When photos, playlists, news articles and videos sent to you via iMessage they appear in a newly created folder in each associated app called Shared with You folder. 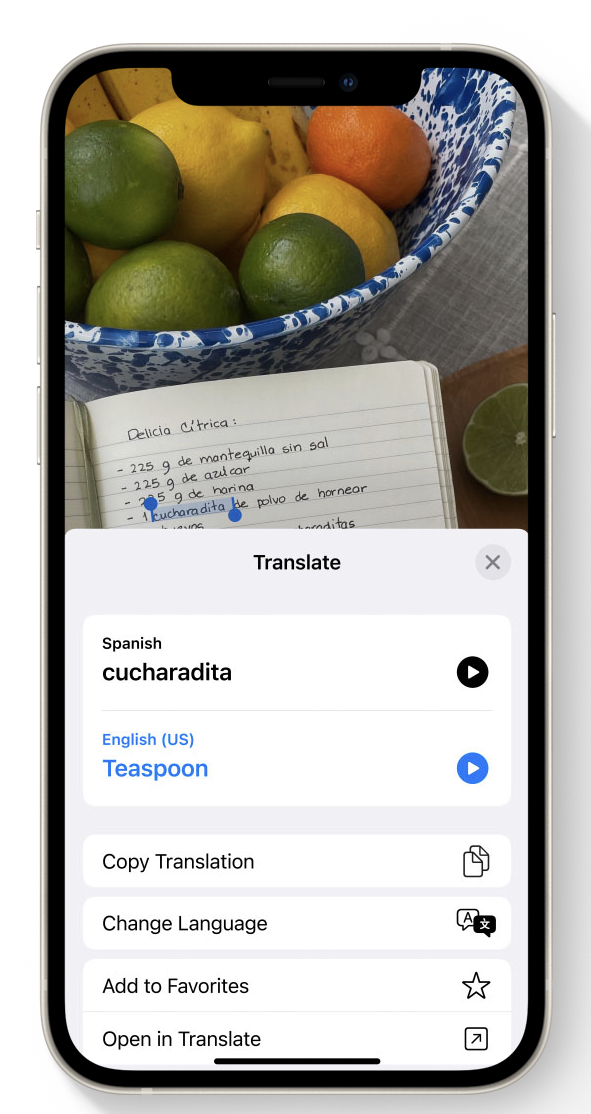 Now your iPhone can read text in a photo.

AI inside can also tell what’s in the photo such as trees, plants, flower, person, dog etc. It can tell you more about each thing it’s seeing in a picture.  When you tap to read or copy text found in a photo its pretty darn accurate. 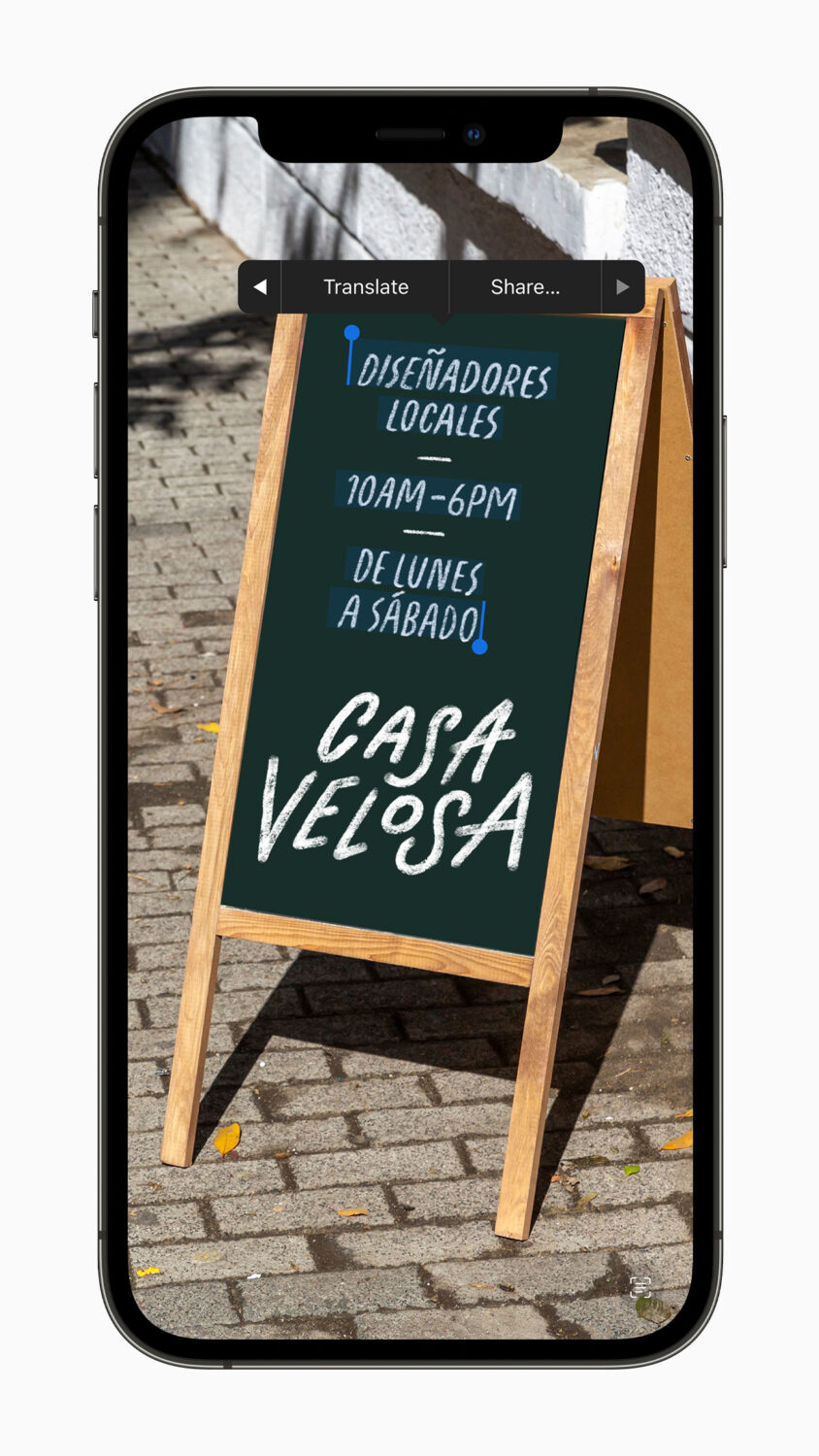 Searching for photos just got better.

Apple AI now can search for text it sees in a photo such as restaurant menu or street sign. It doesn’t stop there. You now translate that text in a photo and even search for things or scenes in your photos using iOS 15’s photo recognition technology. 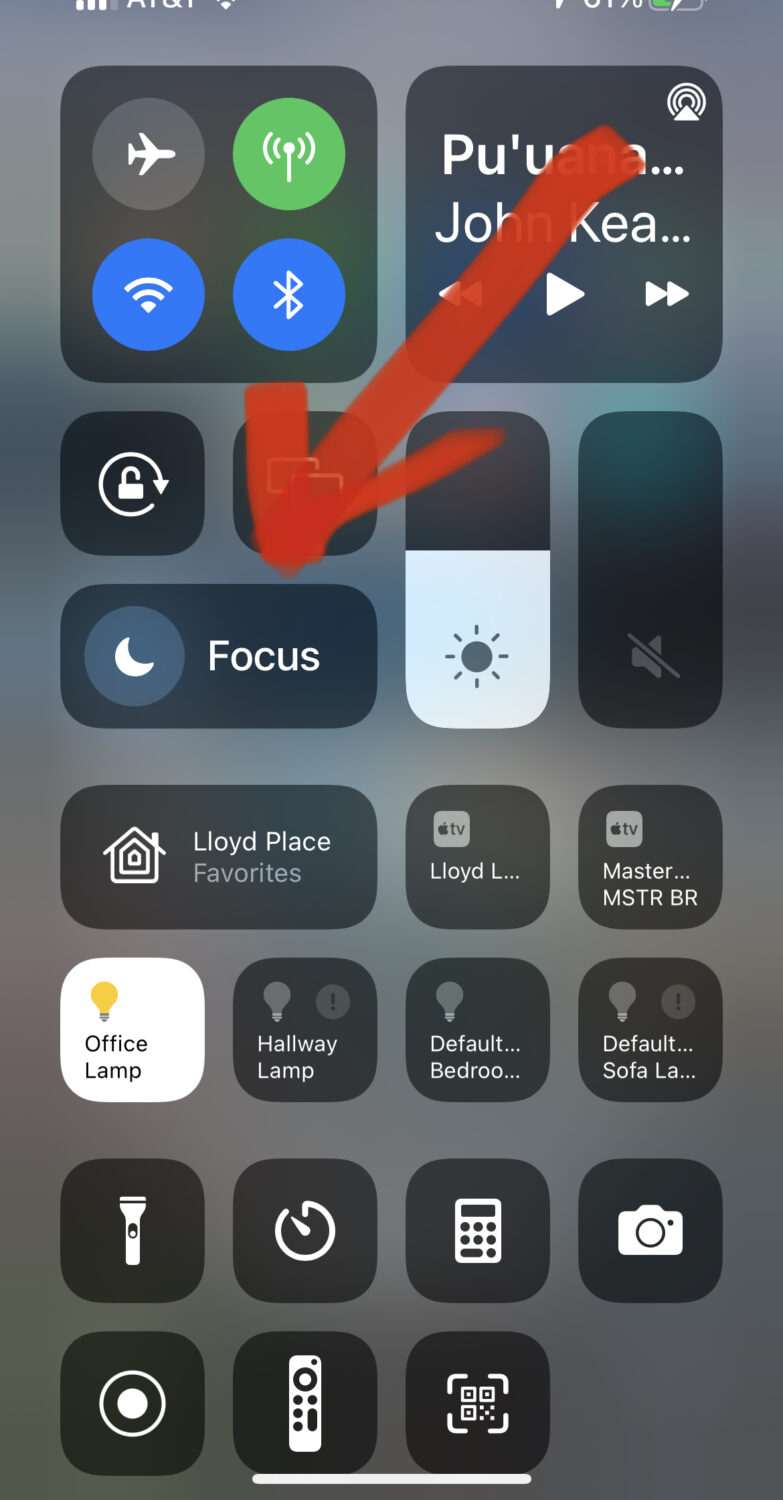 Apple has introduced Focus feature which is like a targeted do not disturb mode.

You can opt to receive notifications only from those apps and people you have approved while in Focus mode. You can create a Focus for work and play.

This is a powerful feature akin to adding a think button. In other words, since smartphones interrupted our lives with constant notifications and alerts, the value of quiet time to think, to dream, to be quiet was taken away. Focus feature reminds us of the importance of genius ideas that come from uninterrupted deep thought. 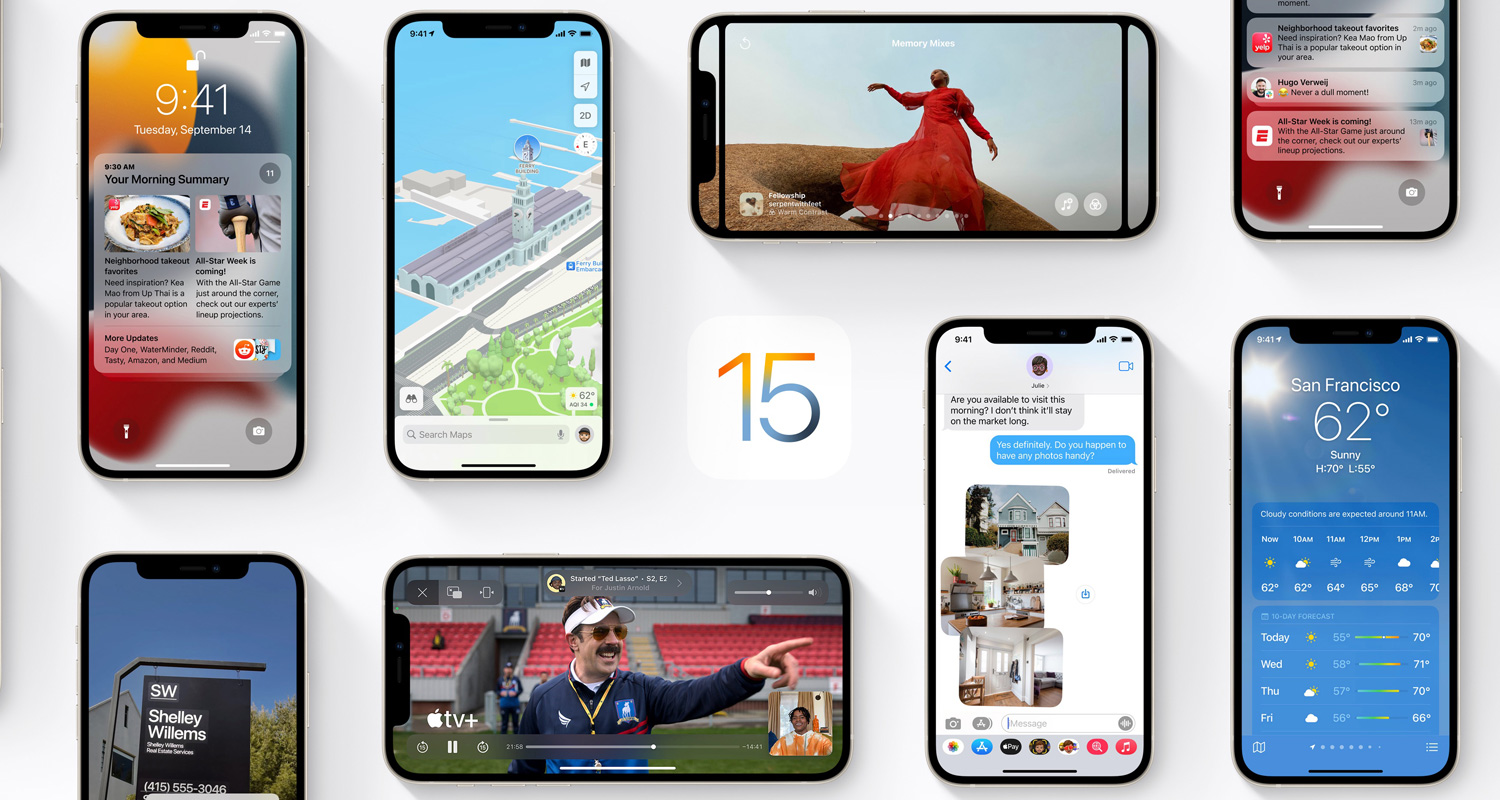 If some random person texts you while in Focus mode, they get a message saying that your notifications are silenced. Only apps and people you have chosen to get through during Focus mode come through. 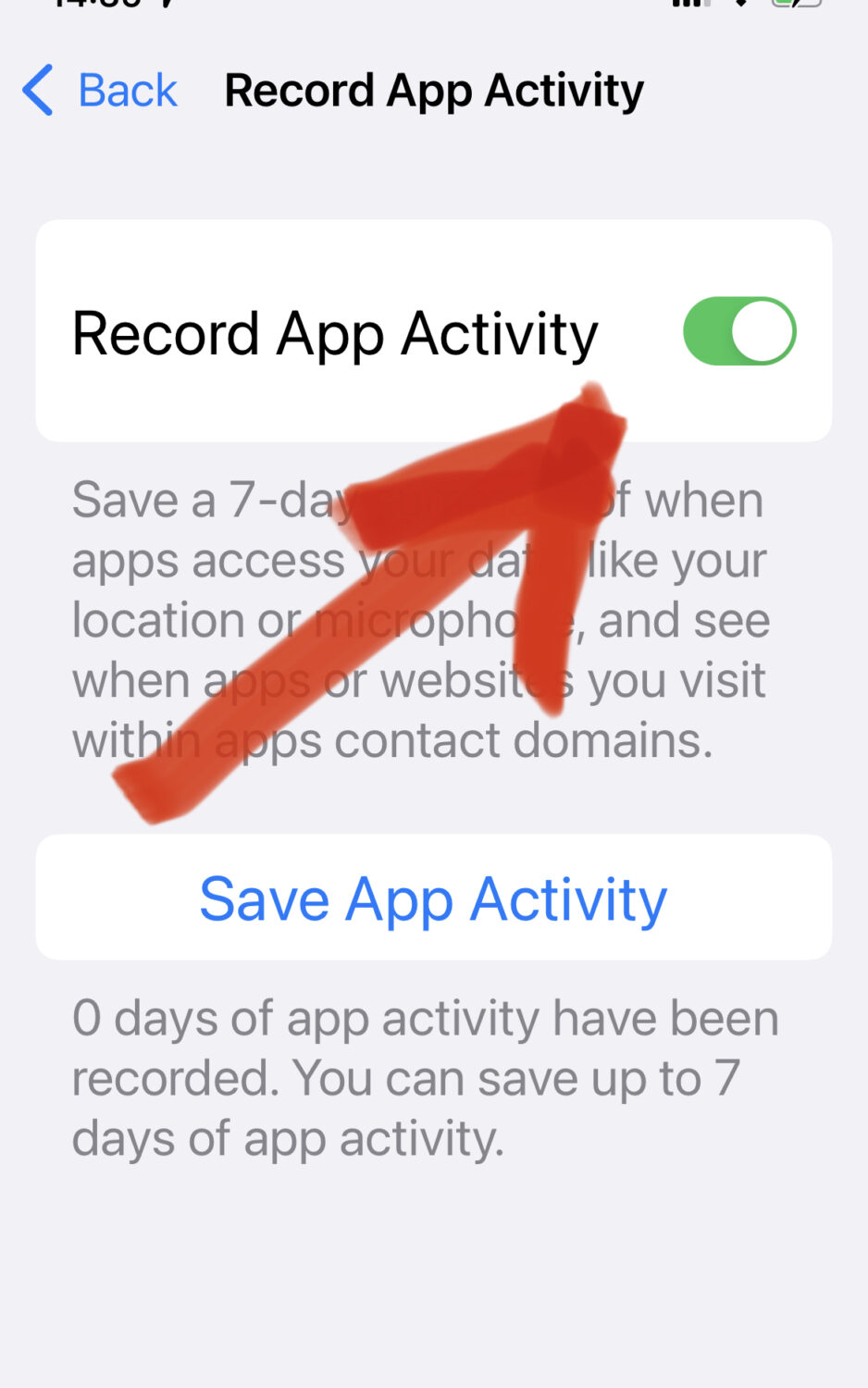 When you turn on and you will see a list of which apps are recording or sharing personal data such as your location or turning on your microphone for example.  You first need to enable this important way to regain some privacy by going into Settings  >  Privacy  > scroll down to “Record App Activity” > Toggle the switch to the right.

More details on how to set this up here.

Siri is faster because it is now housed on your iPhone and not accessing a server as it previously did.

That speeds up commands and responses dramatically. Just try it asking a simple task lik “Hey Siri, what time is it?”

Safari browser is soooo much faster.

Along with the snappy speed comes a new design that makes it easy to see open tabs and easily navigate.

What is your favorite new iOS 15 feature? Comment below!

Time to buy a new iPhone 13? Apple Watch 7? and the latest iPad?