As always, I was front and center at the latest Apple reveal open to the press. I don’t think I’ve missed one in-person event up until the pandemic put an end to gathering at Apple Park. In Covid-safe form, Apple held its second product announcement event of the year this week virtually.

Here’s what you need to know from this week’s Apple Event.

There were three things announced from Apple, plus the bonus announcement a week before as if to get the new Apple Watch series 7 out of the way of the bigger news.

Let’s do this in chronological order for the sake of making it easy to follow with a powerful takeaway.

Apple had its own theme. The world discovered another theme. The reality is Apple is making profound refinements. They are not just making what they already do better, but surpassing the competition. 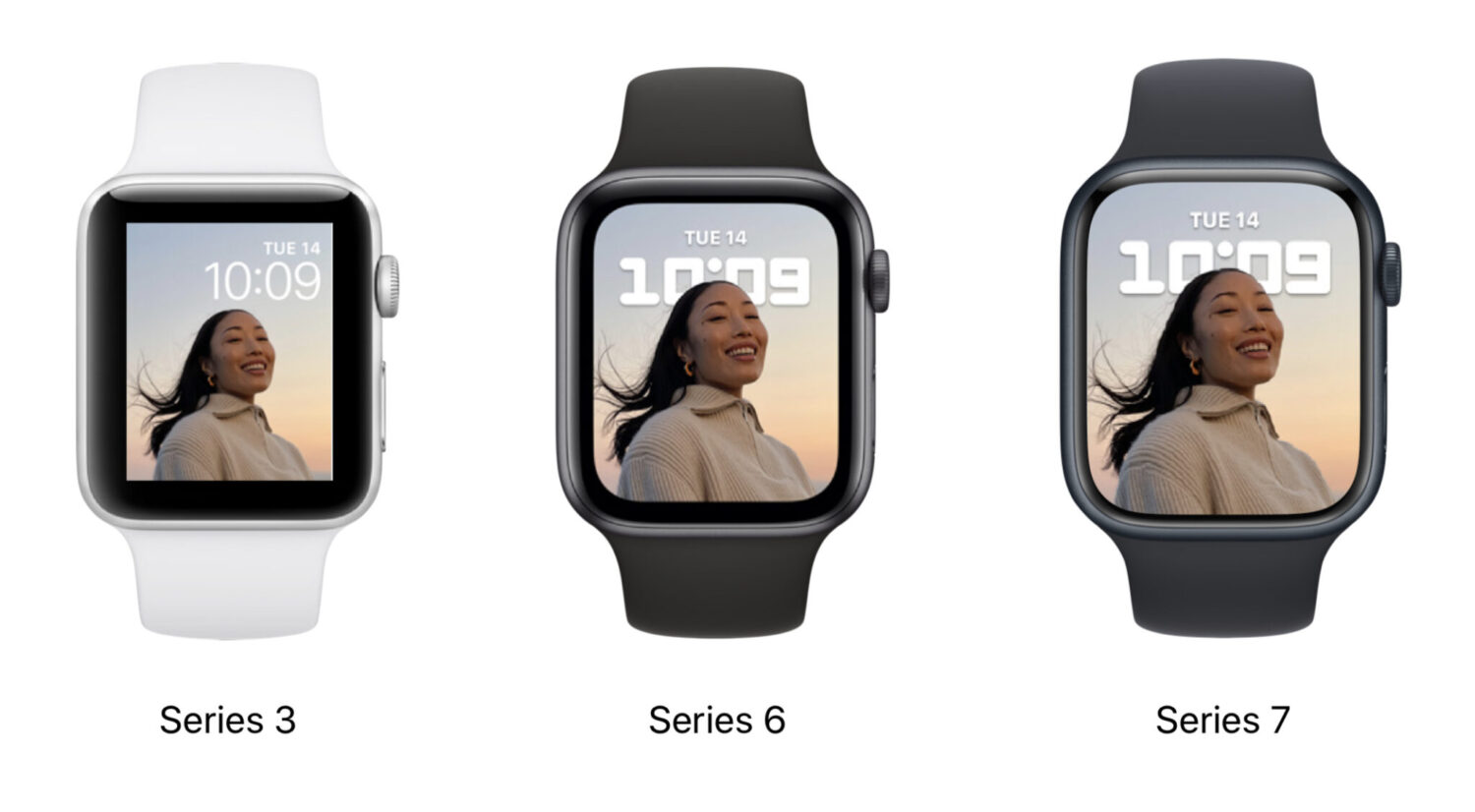 Apple Watch series 7 was announced ahead of this week. Refinements: Major screen real estate expands to fold over the edges. In other words, you see more. You experience more on the Watch 7 from the way they’ve stretched the screen.

Suffice it to say that the Apple Watch series 7 remains light years ahead of any competition and holds its spot as the number 1 smart watch on the market. That said, if you already have a recent Apple Watch such as a Series 6, the distinctions are incremental and not necessarily compelling enough to make the upgrade swap to Watch series 7.

Yes, it charges faster. In fact, Apple says the new magnetic charging cable will take it from dead to 80% in just 45 minutes. There’s more screen real estate. I mean, just look at the progressive photo of the the Series 3 to the new Watch Series 7. Bravo.

The new aluminum colors brighten up the Apple Watch series 7.  It’s also the most durable and crack-resistant Watch ever built according to Apple 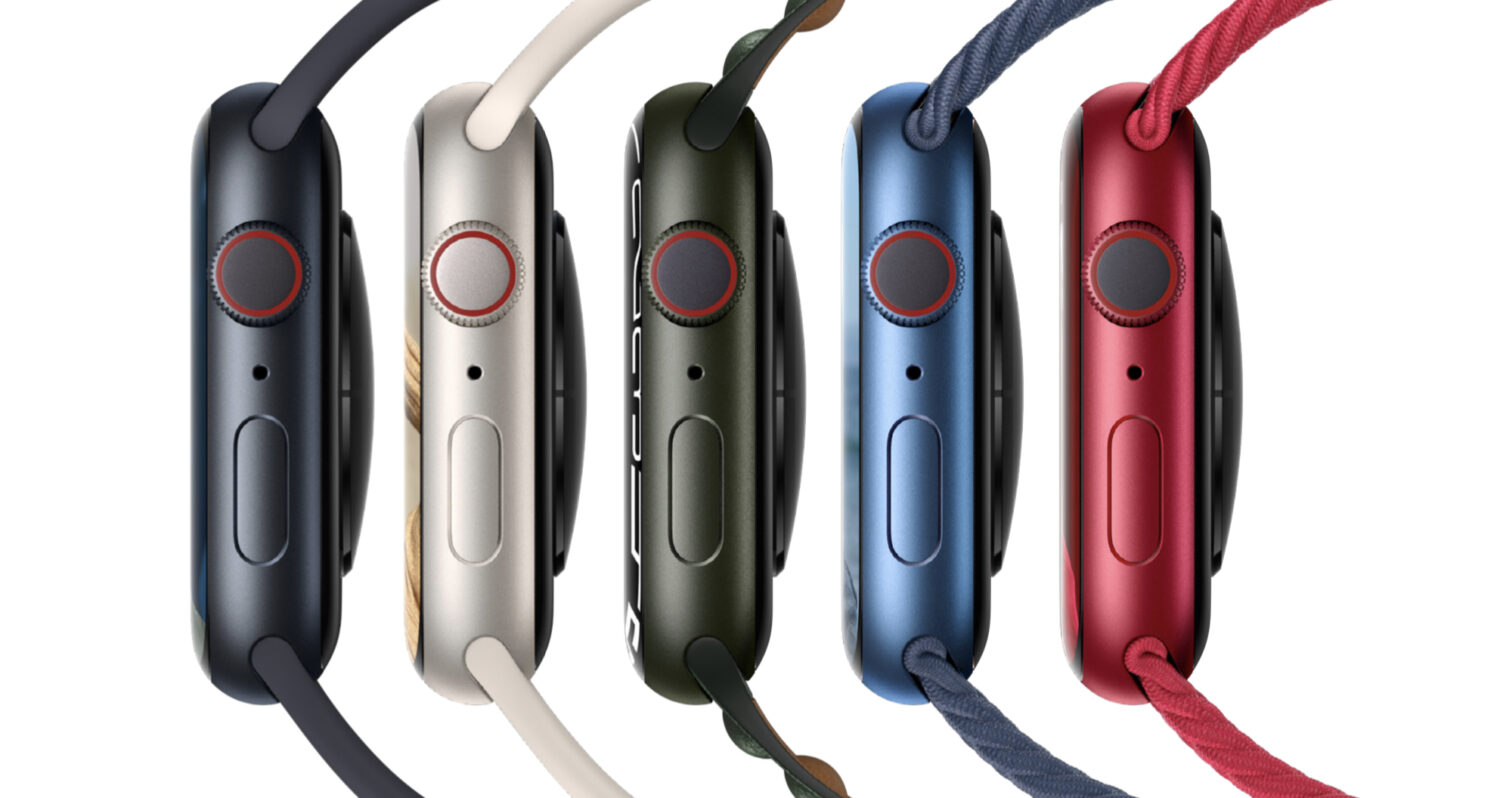 Aside from fitness and well-being, Apple Watch is becoming more valuable as a health monitor. Series 7 is capable of ECG heart monitoring, AFib irregular heart beat warnings, blood oxygen levels, fall detection and a SOS alert that can send rescue crews to your location. Apple is profoundly leading in the areas of health. 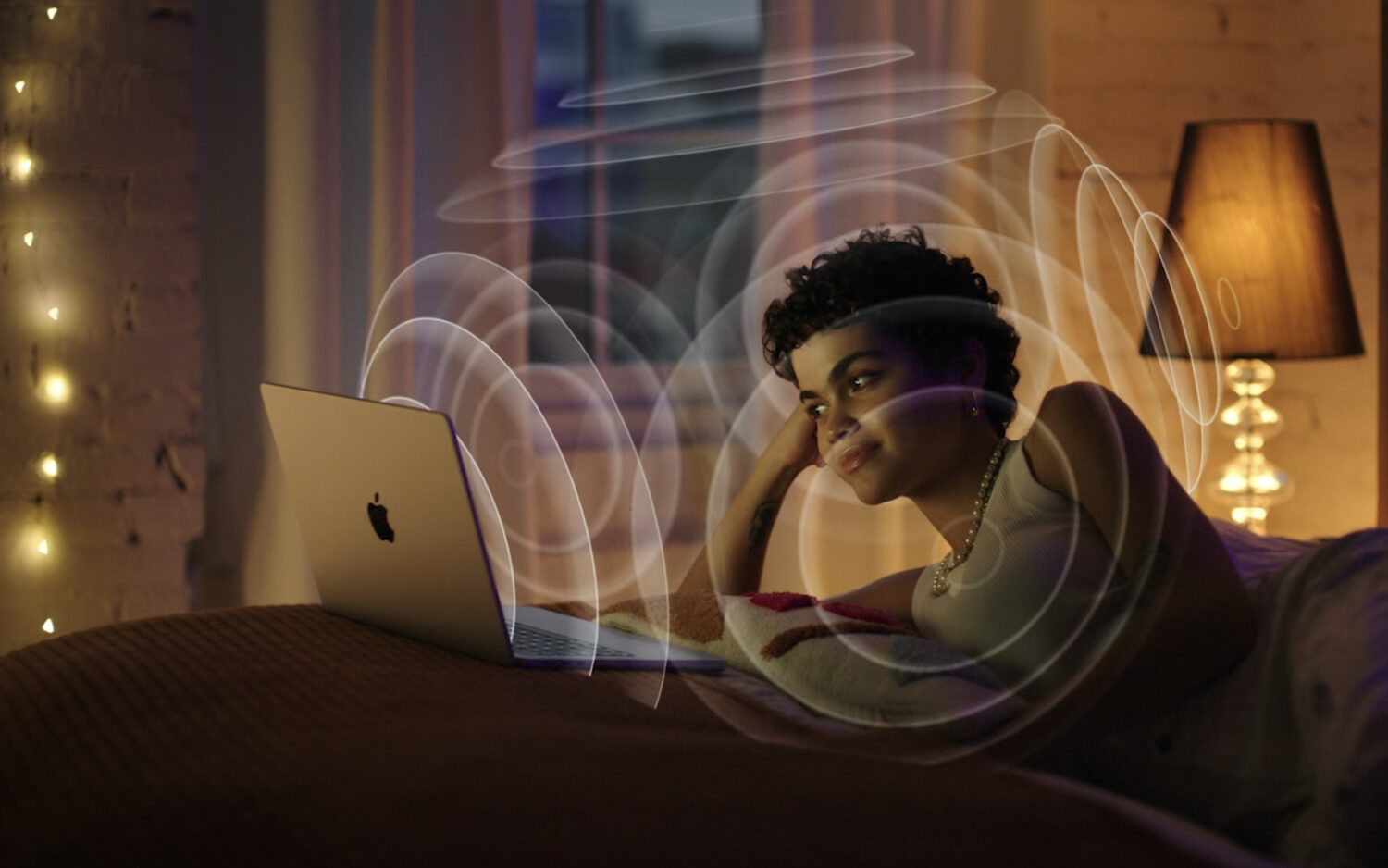 Apple Music gets a new cheaper plan if using it with your voice.

Call it the no frills version of Apple Music subscriptions. It’s perfect for those on a budget who prefer to access Apple Music using only their voice and handsfree. The $4.99 monthly price is the least expensive of all yet still gets you access to the 90 million plus song library and music you love.

What it won’t get you are the bells and whistles like synced lyrics, special audio which is Apple’s name for 3D Dolby Atmos sound that puts you inside the music. But hey, at half price the $9.99 solo version of Apple Music, you still get to have Siri play Adele’s new hit single “Easy on Me” 24/7. This plan has not been released yet, but once it’s available you can subscribe here. 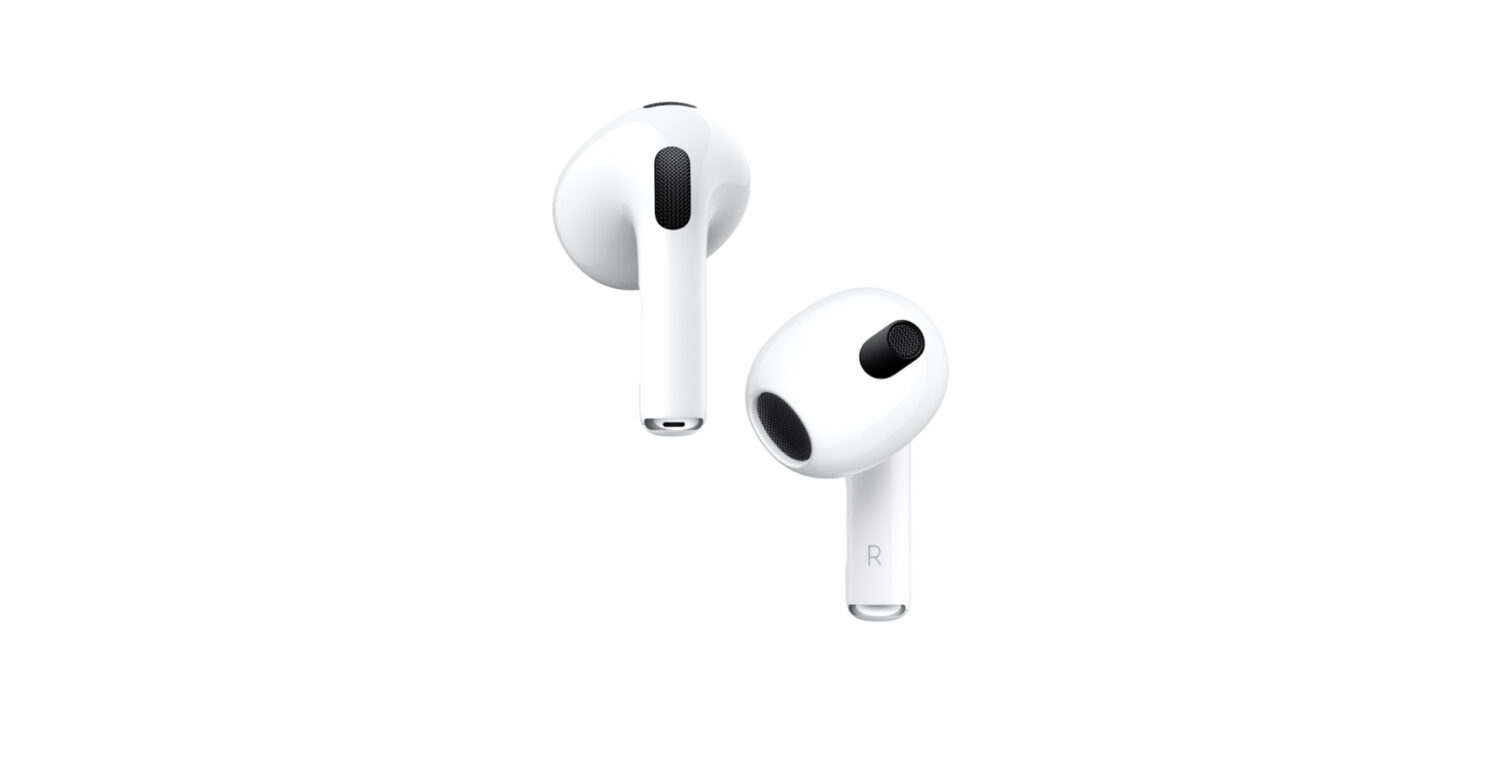 AirPods 3 can hear in 3D

The third iteration of Apple AirPods brings spacial audio to the non-pro or max listening devices. Substantially longer battery life to 6 hours of active listening and 30 hours of recharge from the battery within the provided case before needing to recharge. These are a big deal yet shy from becoming the rumored health monitoring game changer that Apple could innovate.

I was invited into the Apple audio lab a while back and could not believe how thoughtful the independent sound team was unleashed to research and develop to their hearts content. AirPods 3 are undoubtedly the best value of all Apple listening devices. 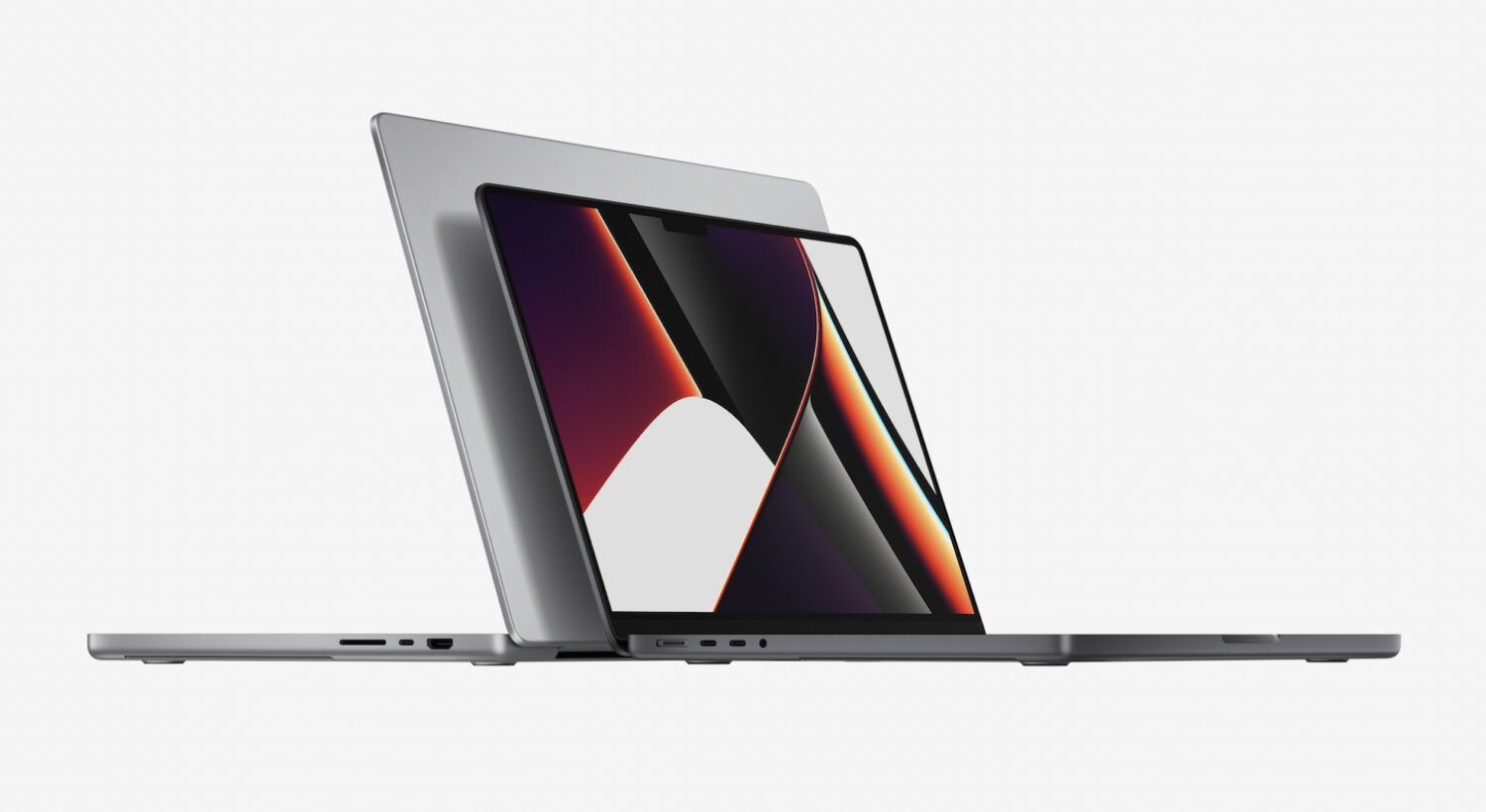 Apple MacBook 14 and 16 are faster than any notebook

Say hello to Apple’s fastest chip ever. When they said toodles to Intel making Apple Silicon real, their first move was Apple M1 chip. It was already blazing fast, but then came another profound enhancement.  Apple’s done right on a redesign of the Apple MacBook Pro introducing 14 and 16 inch models with an even more powerful M1 Pro and M1 Max chip inside. In fact, Apple says it’s 3.7 times faster than the previous MacBook Pro. What??!?

I applaud Apple for trying innovations. And I give them even more praise when they listen to customers and learn that some innovations like the Touch Bar are flops. The new MacBook Pros toss out the controversial Touch Bar and instead install a full size keyboard with tactile real keys that pro users demand.

They also brought back more ports. Say hello to an HDMI port, 3 Thunderbolt 4 ports, an SD slot and they brought back the MagSafe power cable using magnets to connect to the newest MacBook Pros.

If you get a chance to stop into an Apple retail store to look at how they’ve advanced the MacBook Pro display, it’s worth a trip. 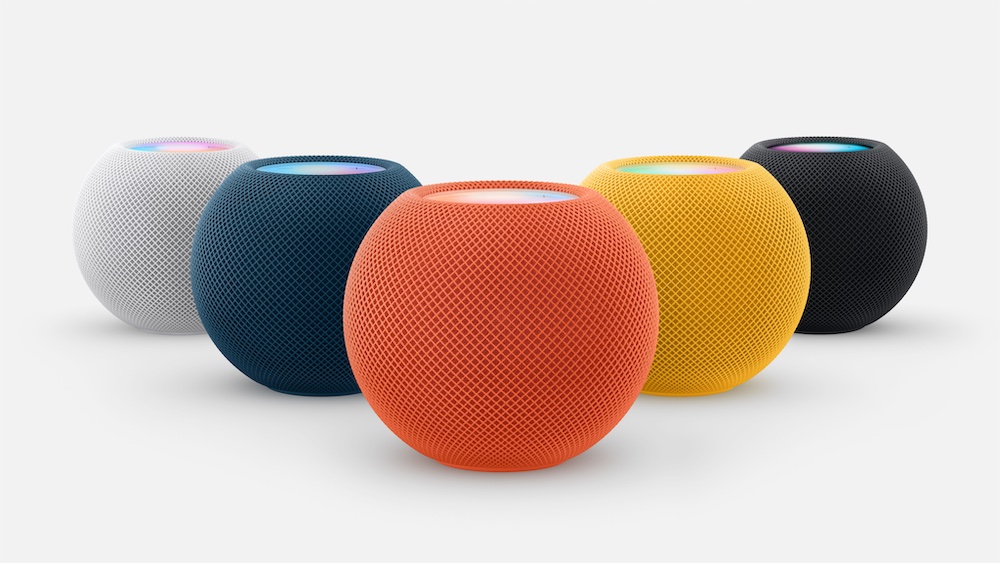 I wouldn’t call this an earth shattering announcement, but the latest HomePod Mini smart speakers with Siri built-in now comes in 3 additional colors orange, yellow and blue.  The audio quality is very good even though Apple’s new spacial audio has not yet reached the popular $99 small HomePod Mini.

More of my gadget reviews here

How to quickly track flights within iMessage