Time to buy a new iPhone 13? Apple Watch 7? and the latest iPad?

If you were tuning into Apple’s big ‘California Streaming’ launch event earlier this fall for new breakthrough designs, you’d be hard pressed to see much. What did wow those watching including myself are the advancements Apple is making to its core lineup of the basic iPad line, iPhone 13 line, and Apple Watch Series 7. 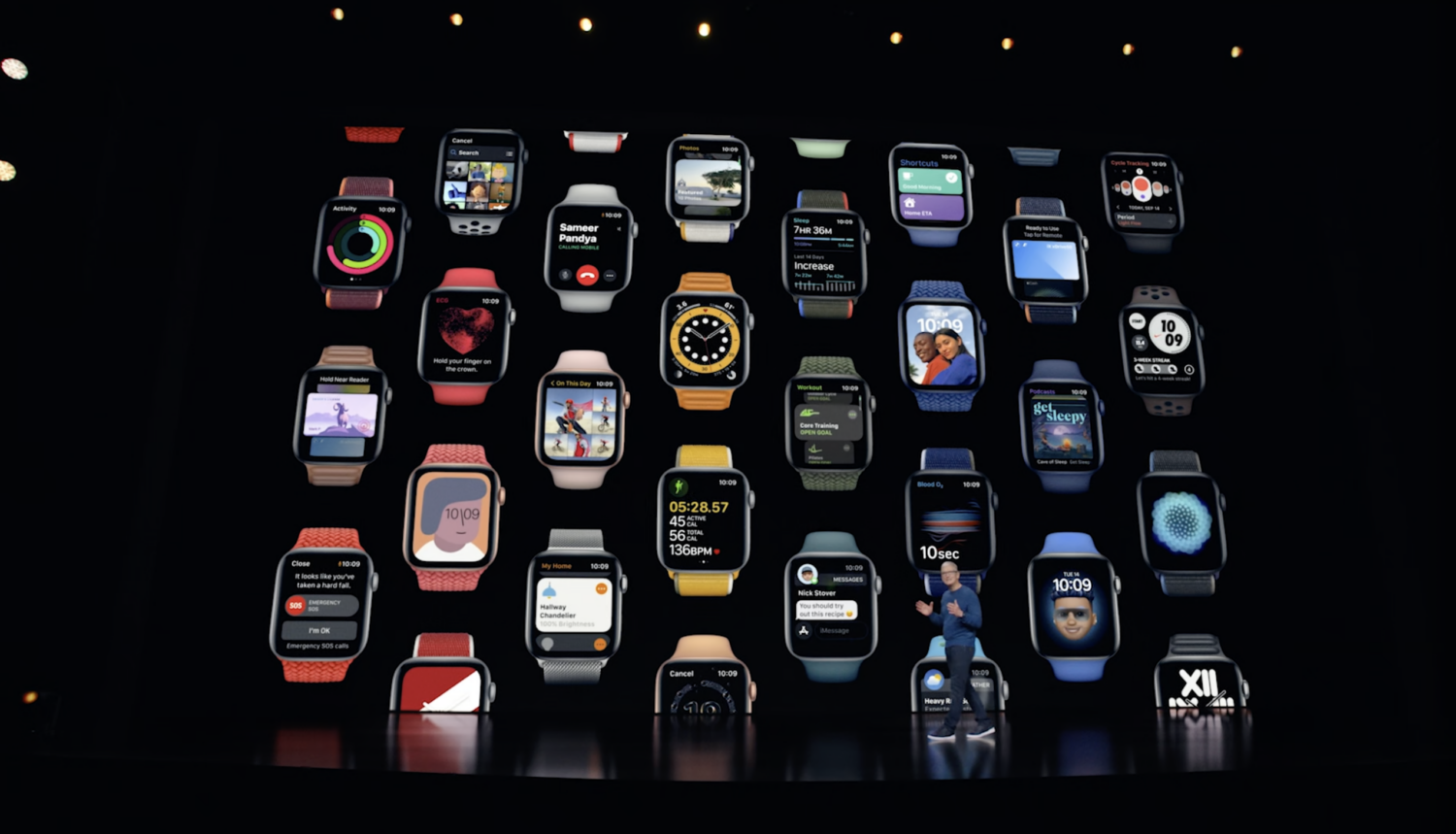 In fact, one of two design enhancements that stand out involve the latest Apple Watch display with 20% more screen space than the Apple Watch Series 6. The other design improvement comes to all new iPhone 13’s. Apple is able to shrink the front facing notch that houses the camera by 20% leaving more display space on the Super Retina XDR screen. The biggest highlight across the iPad and iPhone line – faster A15 processor and better cameras. 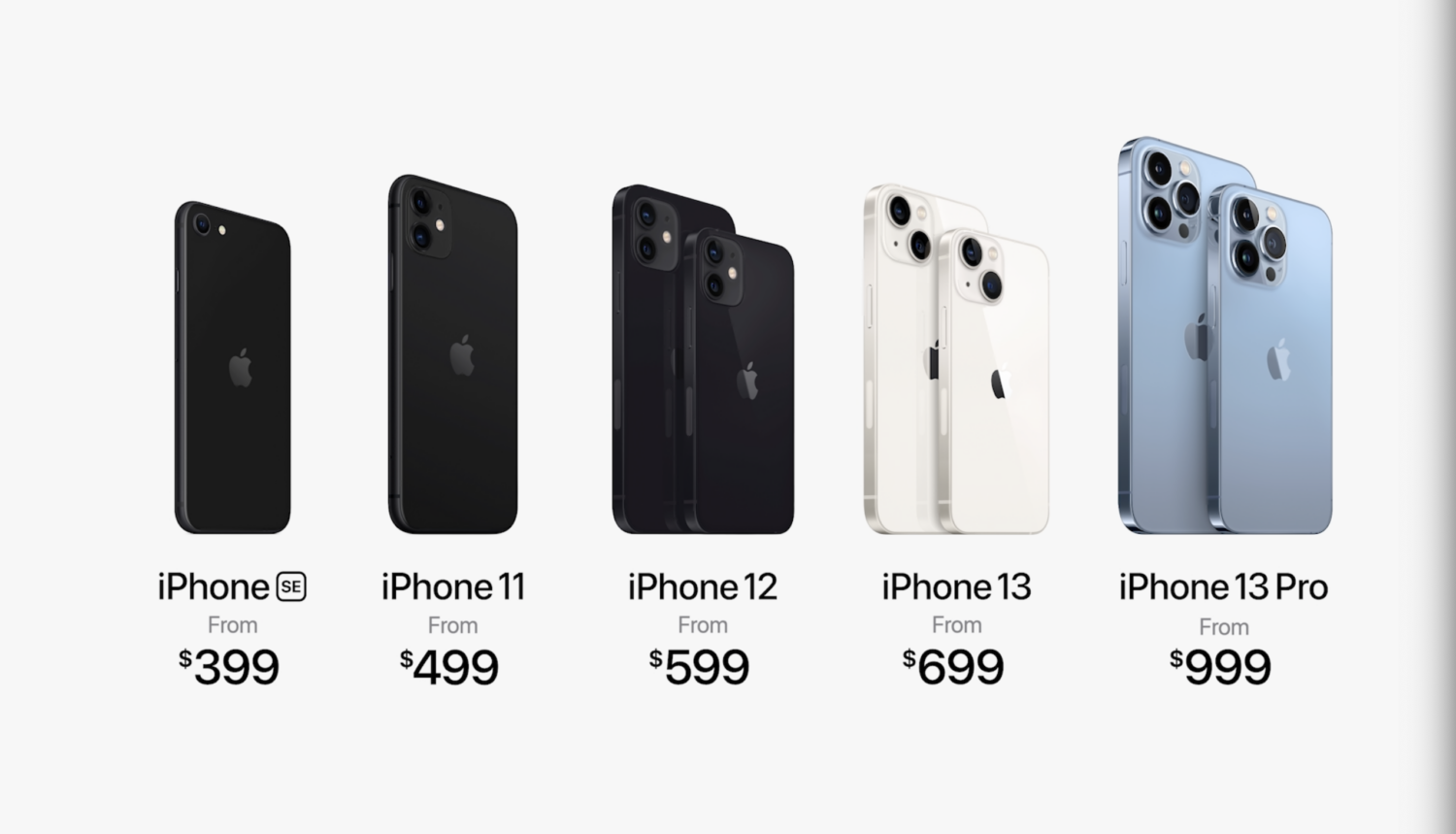 The iPhone 13 and iPhone 13 mini both contain an advanced dual-camera system, getting up to 47% better low-light performance.  The iPhone mini is the smallest size iPhone 13 sharing the same flat edges and Super Retina XDR display as the regular classic size iPhone 13.

The breakthrough here with these phones is the battery life, speed of the amazingly fast A15 bionic processor and the more advanced dual camera system including a new wide-angle camera with Cinematic mode that allows for depth-of-field film style moments. 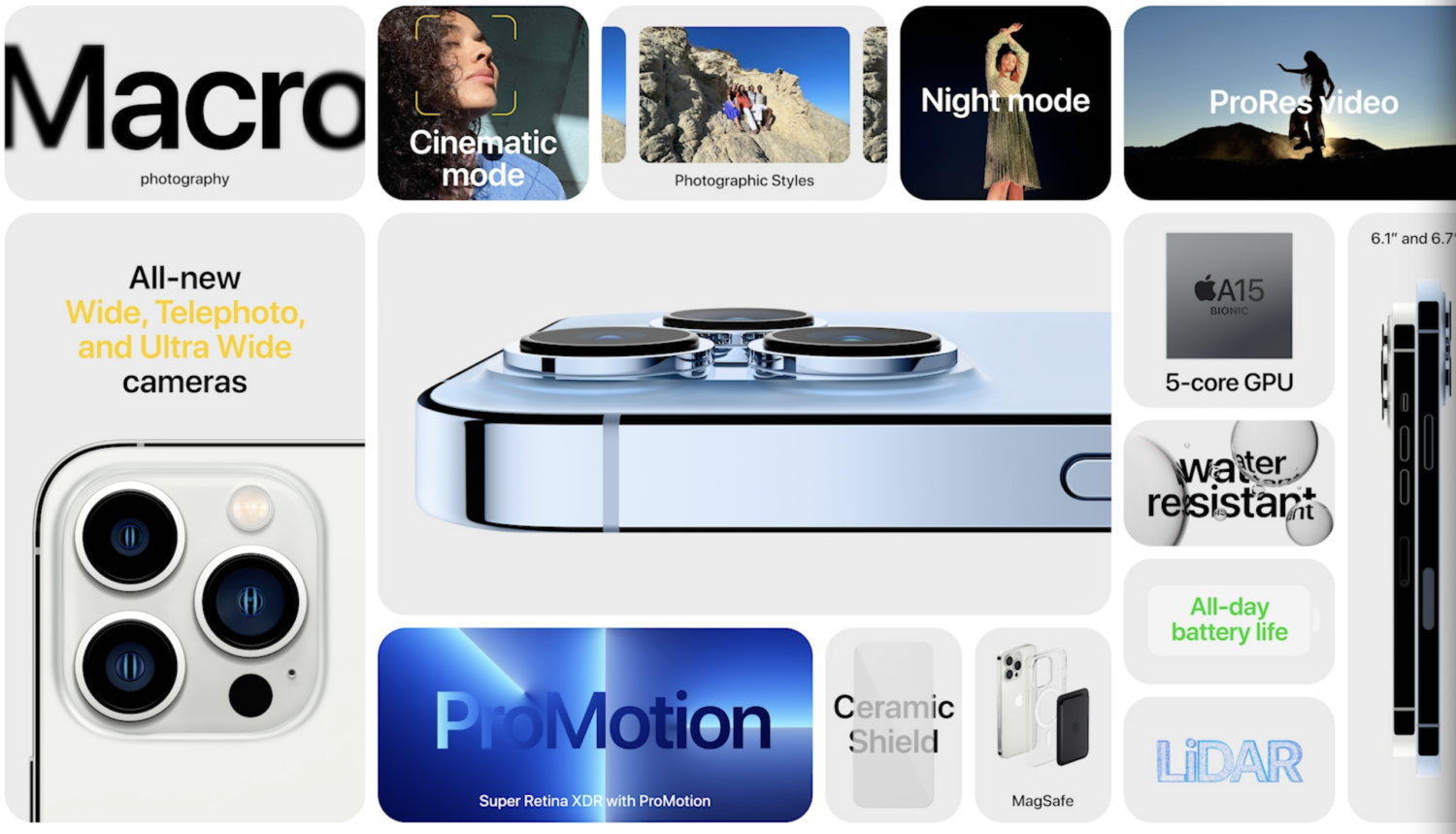 Jumping up to the iPhone 13 Pro and iPhone 13 ProMax adds ProMotion to the Super Retina XDR display. For those sizing up enhancements, the front facing notch is now reduced 20% of the iPhone 12. These are the biggest advancements on any iPhone to date.

The battery life now jumps up to between 1.5 to 2.5 hours more thanks to internal redesign allowing for a larger battery along with the smart enhancements that manage power better in the A15 chipset. Leap ahead with an adaptive refresh rate of 120Hz making the new iPhone 13 more responsive and faster.

Something to think about are the 250 million iPhone users out of a billion who have not upgraded in more than 3.5 years. That tends to drive demand with an estimated 20% of that upgrade business coming from China.

Should I get the new iPhone 13?

The most compelling reason to upgrade to an iPhone 13 is not inside the new device, but from wireless carriers.

The most exciting features in the iPhone 13 family are the wireless carrier offers for its company based on trade-in value of your existing phone up to $800 essentially making the new iPhone 13 free for many customers looking to upgrade and lock into a wireless carrier for a period of time.

Get the iPhone 13 here 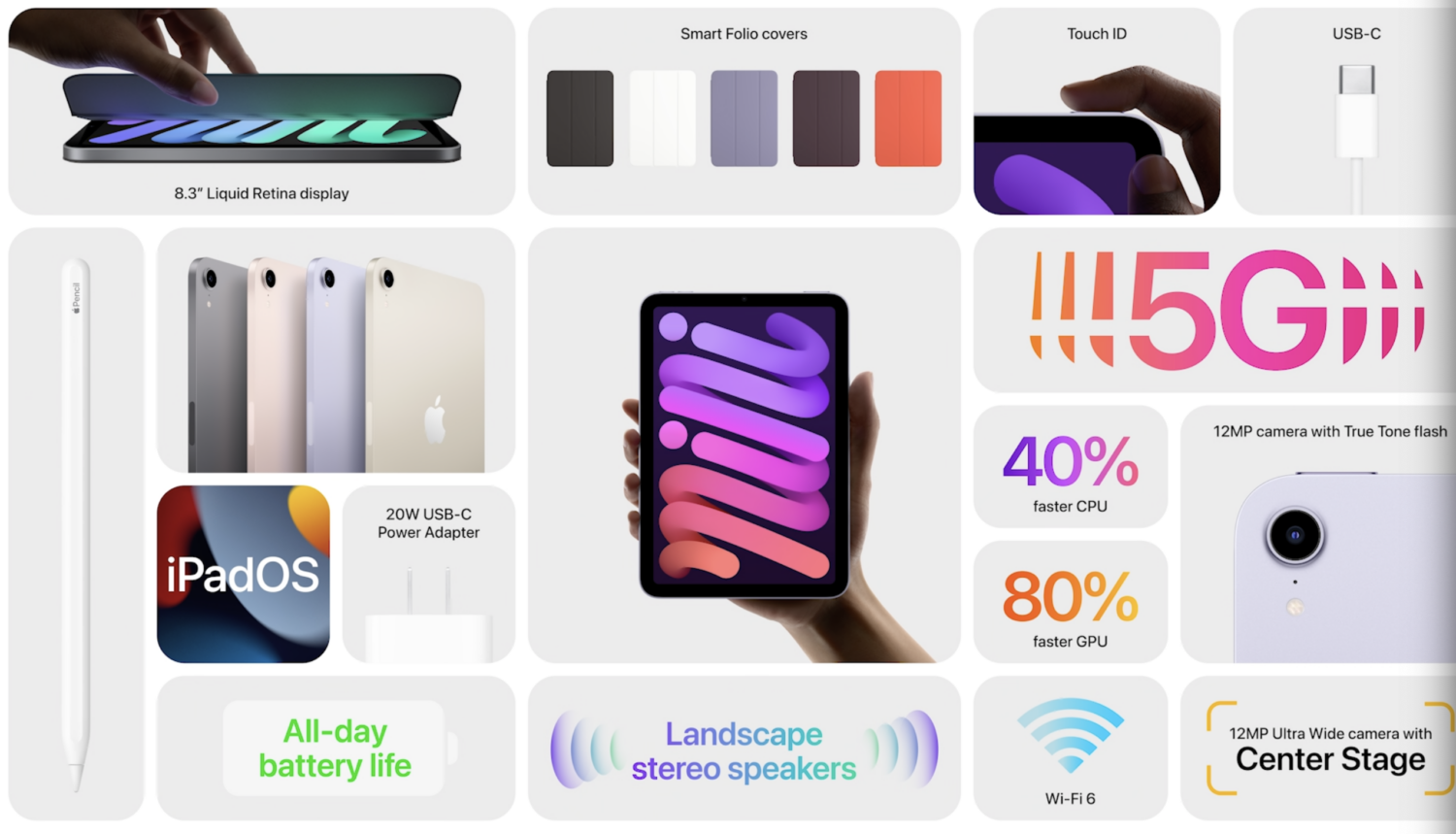 Let’s talk about my mom’s favorite tiny iPad. The iPad mini gets an overhaul after ages. It’s got a new all-screen Liquid Retina display along with a boost in performance from the A13 processor which is 20% faster than the previous A12 bionic chip, and a new set of cameras both front and back. Look for colors Pink, Starlight, Purple and Space Grey.  The iPad Mini is 20% faster than A12 and a stand out 12MP Ultra Wide camera.  It also has a magnetic edge to adapt the second generation Apple Pencil to write and draw on the new screen.

Get the iPad Mini here 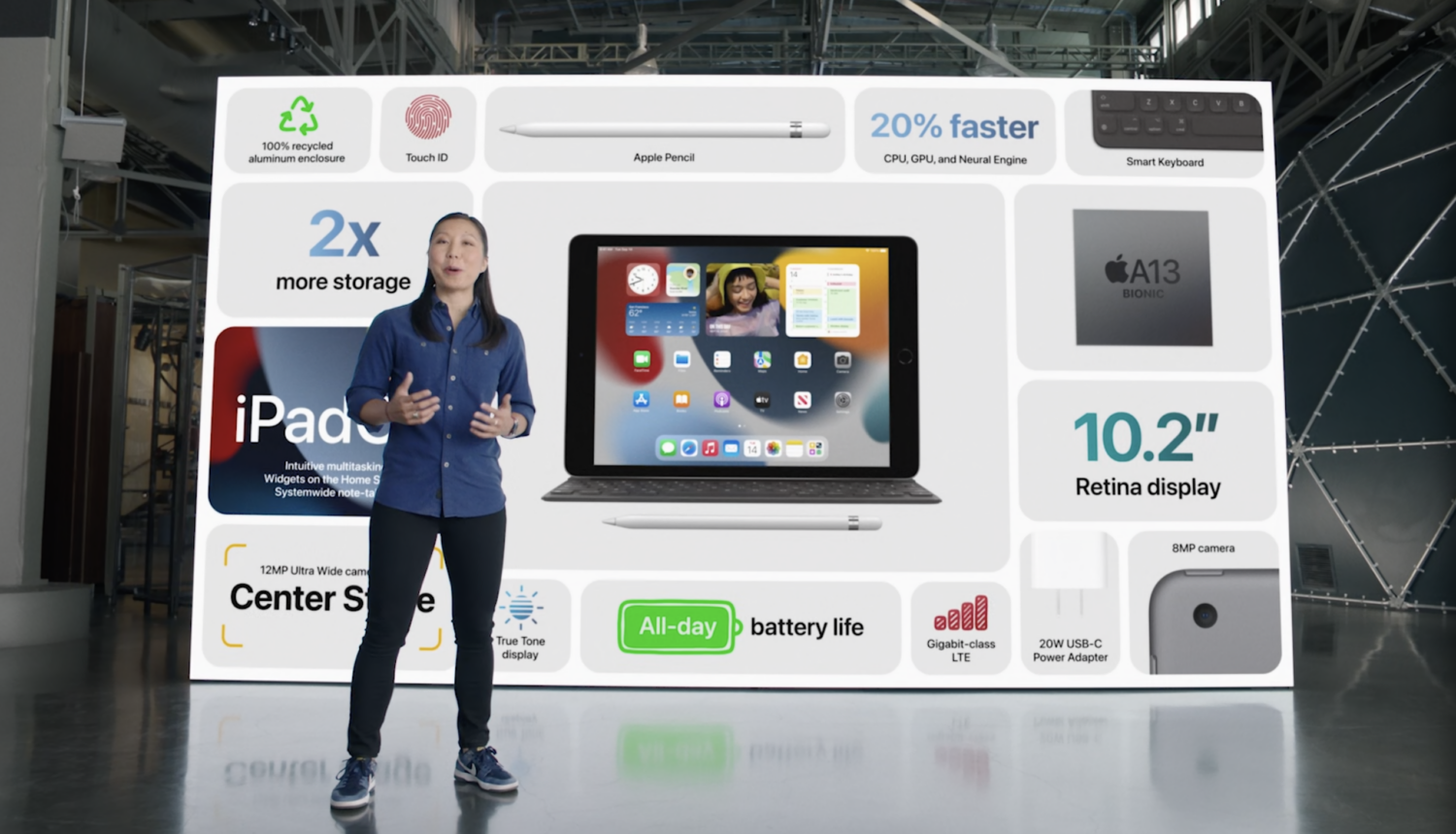 The classic original iPad gets an overhaul too.  At 10.2 inch display and 12MP Ultra Wide front facing camera brings video calls to life and then introduces Center Stage tracking to the regular iPad.  Look for double the storage space as an option.  This new iPad hits the market with some of the best value we have seen given its capabilities. 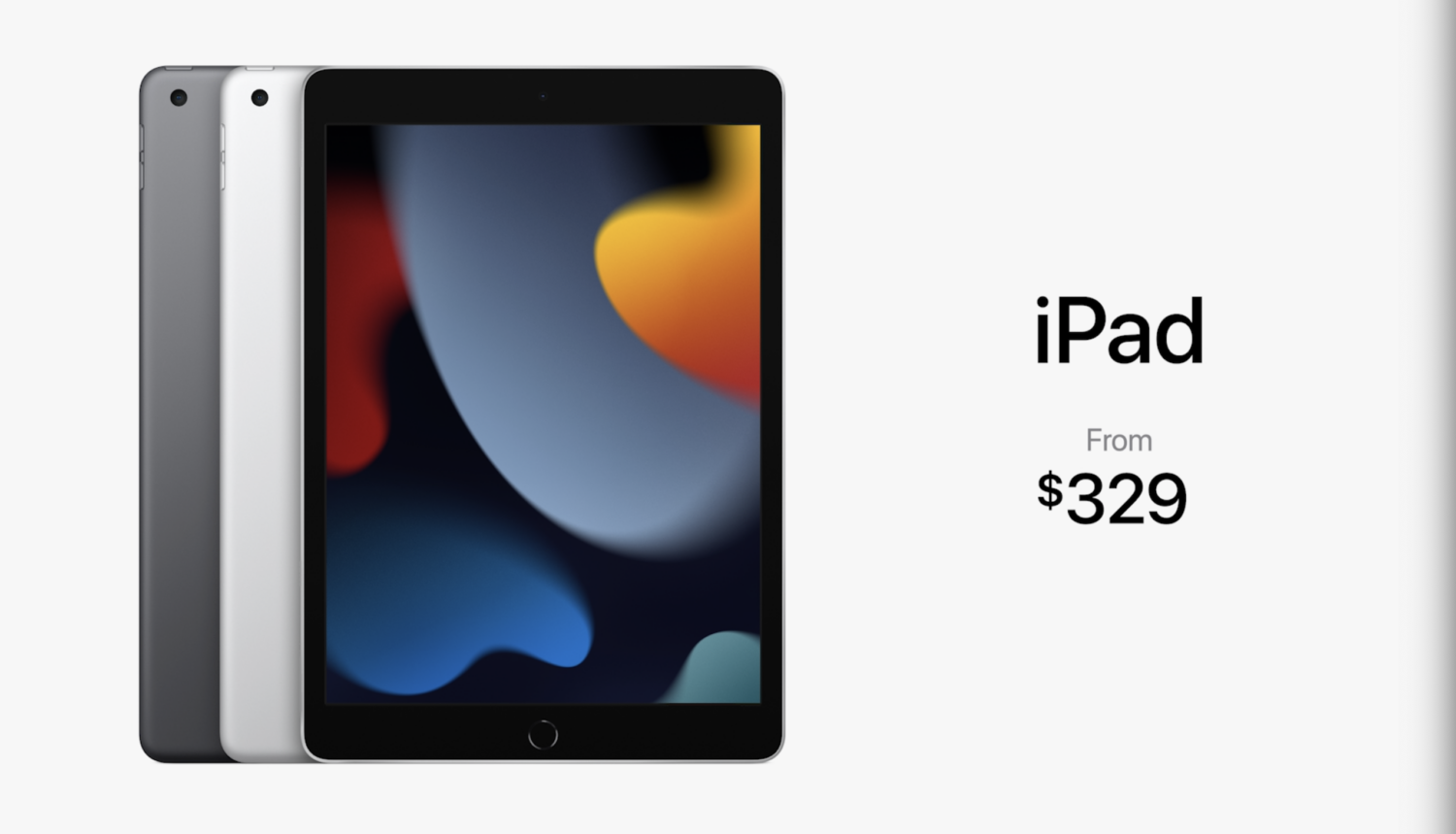 More important is that all new iPads will feature Center Stage where the AI camera adjusts to find action in the shot on FaceTime video calls.

Get the iPad here 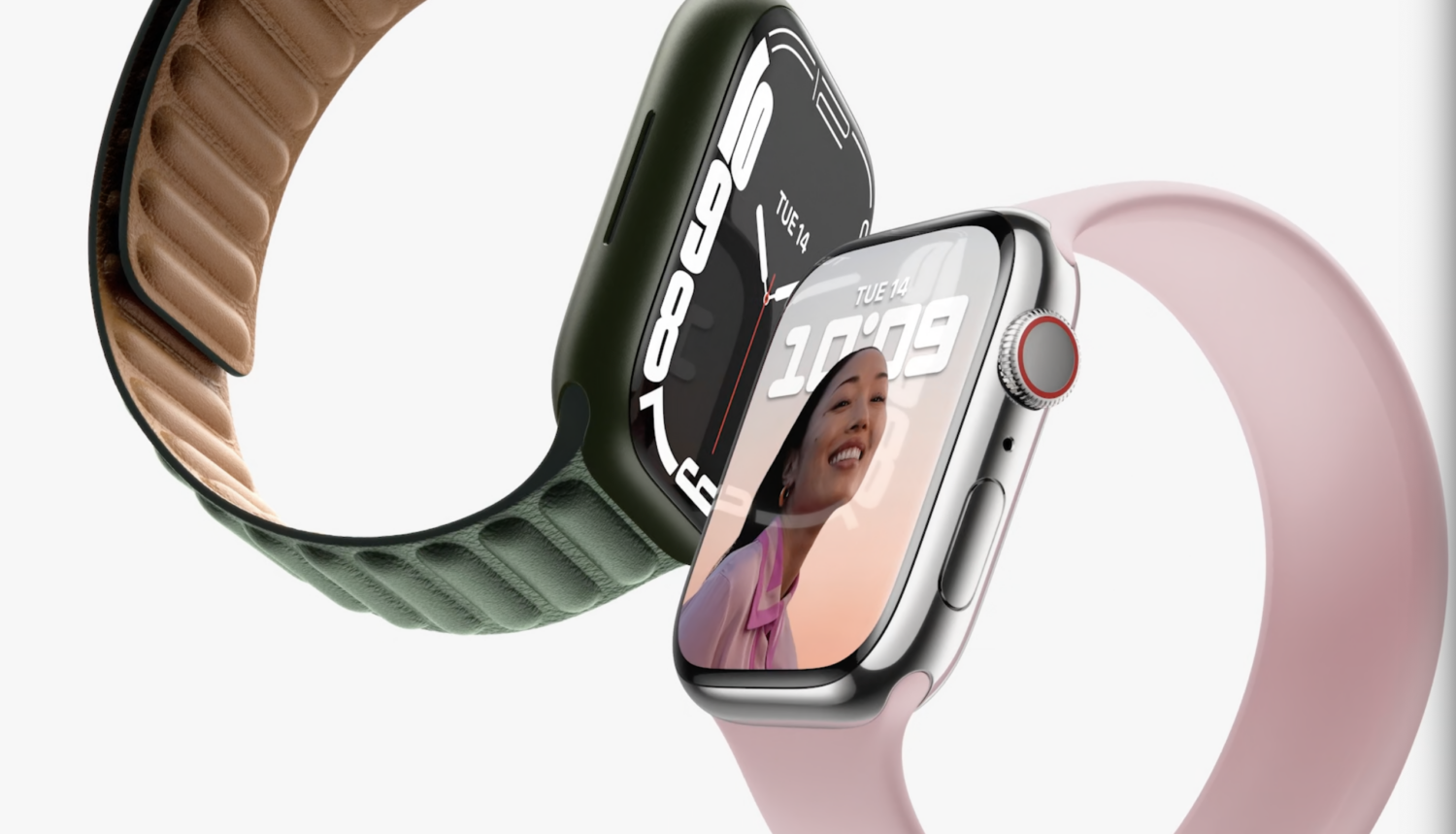 What we all wondered is whether Apple could really bring this latest watch to the next level. They did it. Apple Series 7 brings a much larger screen with 20% more space that the series 6. On top of that, you’ll see much thinner borders and a way to handles dust and water better with a stronger, crack resistant crystal watch face. Look later this fall for this in 5 different finishes: midnight, starlight, green, a new blue and (Product)Red. 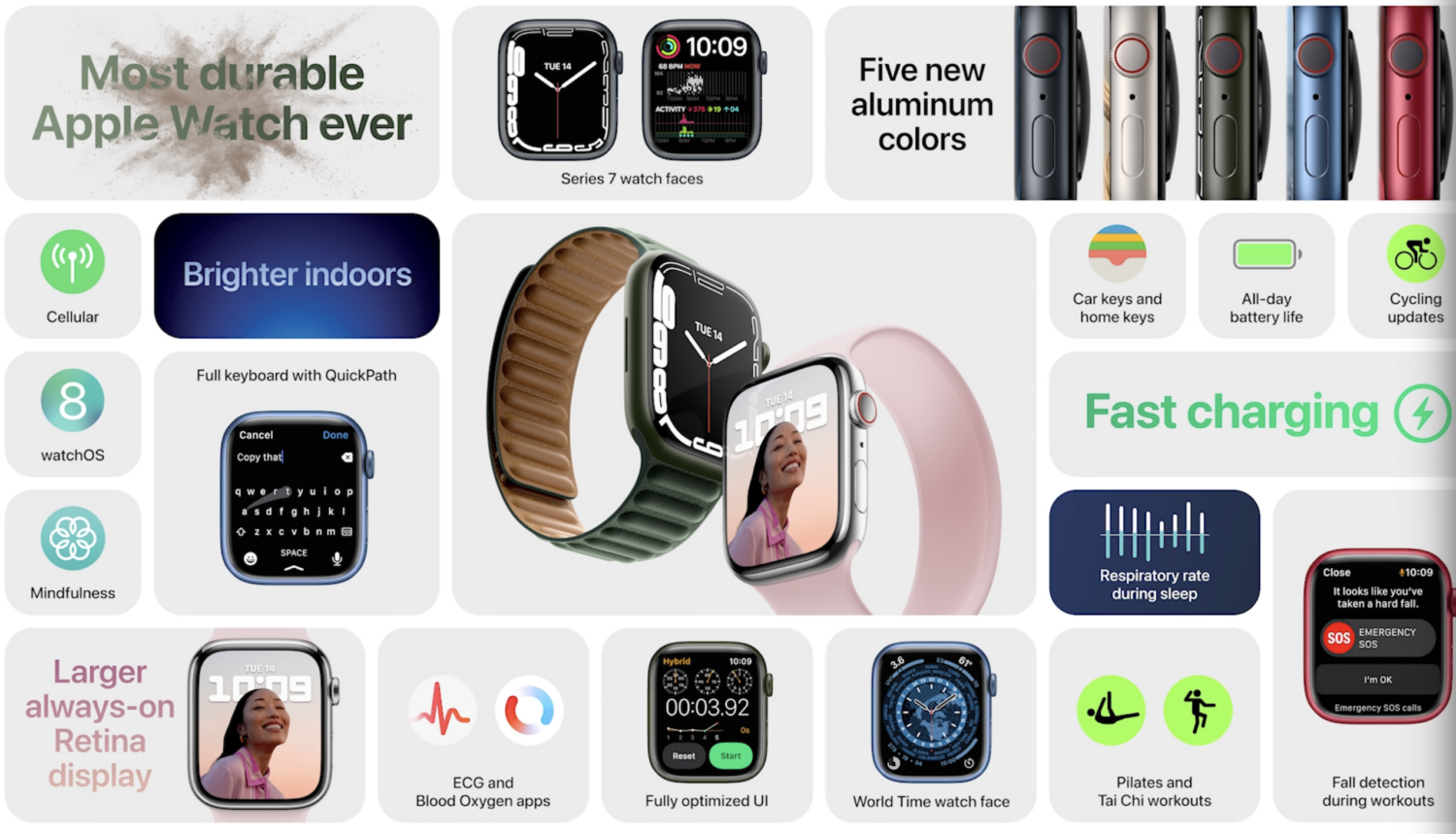 Get the Apple Watch here

Have you updated your iPhone and iPad iOS software yet?

More of my Apple related features: