Fresh from the Consumer Electronics Show in Las Vegas, I break down some of the hottest tech gadgets for 2015! From facial recognition apps to the latest in consumer drones, in the segment below I show some gadgets that will be all the rave this year. And the best part about my suggestions is that they won’t break the bank!

1U App – Biometric Technology to protect your cyber life
With last year being the year of hacking, 2015 is the year of getting unchecked and keeping your digital world safe. Passwords and online credentials will soon be replaced with biometric technology that can see who is trying to logon to your Smartphone, laptop, bank account, etc… This is one app getting a lot of buzz called 1U. It’s free and once you set up your photo with your email and phone number, you are able to unlock popular websites and services by showing your face into the camera on your Smartphone.
Pros: Proven tighter s 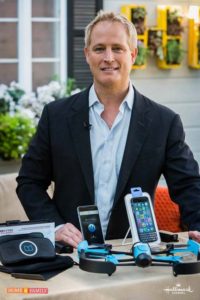 ecurity than passwords, keeps hackers further away from you, no more need to remember complicated numbers and symbol passwords. If you lose your phone, no one can try to access your accounts with photos or videos of you. And the biometric technology is so specific that even doppelgangers can’t access your accounts.
Cons: Just getting started, more sites need to adopt the 1U credential process in order for it to take off big. 1U App, free! 1uapps.com

Ryan Seacrest Typo2 Keyboard for iPhone 6: Blackberry Keyboard on an iPhone
When I tested the first Typo keyboard on NBC’s Today Show, it was an instant success.   The whole idea came about while at the Hollywood host’s dinner table when Ryan Seacrest mentioned to an innovative dinner companion that he’s missed the feel of his blackberry keyboard but loves his iPhone too much to give it up.  Now, the Typo2 keypad for the iPhone 6 is launching with a redesigned keypad and size for the latest iPhone 6.  The company is also working on a version for the iPad which we will likely see later this year.  The Typo2 is the new tactile keyboard add-on to an iPhone 6 that makes it feel like the tried and true blackberry physical type keyboard. $99 now, TypoKeyboards.com.

Parrot Bebop Drone: The latest in mobile & imaging technology
The Parrot Bebop Drone is the latest in mobile and imaging technology. Featuring a full 1080p HD camera with 3-axis digital stabilization, users will feel as if they are in the clouds themselves. Equipped with a 14 mega pixels fish-eye camera, the Parrot Bebop Drone takes video and pictures of the world in a 180° field with remarkable image quality while being a light, easy to travel with package. The Bebop drone is easily controlled by the downloadable FreeFlight 3 app on nearly any smartphone and tablet.   Early user reviews are pointing to the best range coming from the company’s own optional controller. Available in Blue, Red and Yellow  (with two batteries included) –  at Apple and Best Buy, Parrot.com. 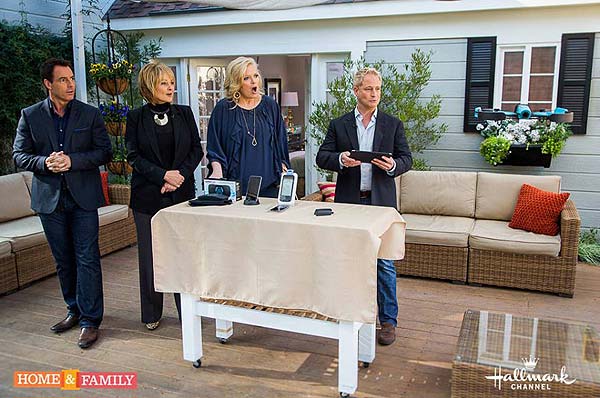